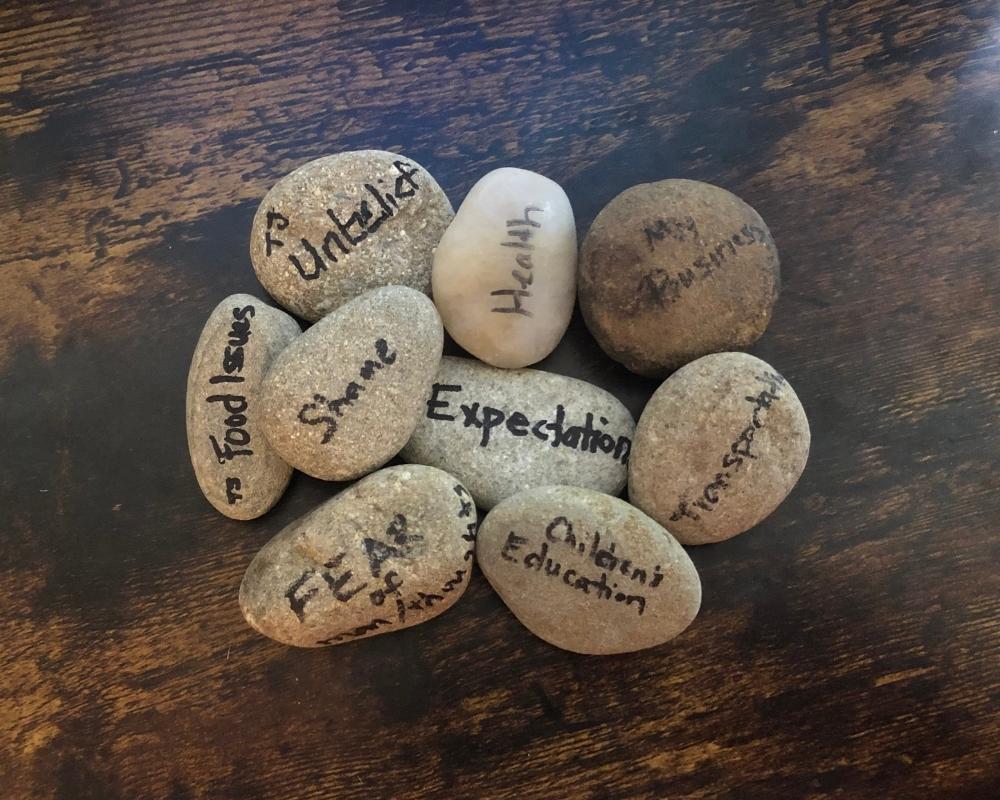 Forgetting. I remember when I used to remember everything. Yet another thing I took for granted in my youth that feels gone forever! These days, there has been a lot more forgetting than I’m comfortable with. While it’s true that some of it was caused by an illness (brain fog is a legitimate medical term it seems – who knew!) Some of it, though, if I’m completely honest, is simply a symptom of the human condition. And I am a sufferer of that condition as well. While only healing will clear the brain fog from illness, there’s another way to keep from forgetting what God has done for us when we are in times of need.

The children of Israel are amazing examples of forgetting. It seems that the entire Old Testament is a roller coaster of them getting into a mess, crying out to God to forgive and save them, He does, and they swear to follow Him forever, and then in the very next chapter or verse it seems, they are in a mess again. They have forgotten already. It’s easy to judge them and say how awful it was that they forgot so quickly, that they forgot such amazing miraculous things. But let’s face it. They at least sometimes had generations between their forgetting. I forget in just years, sometimes weeks. Sometimes from minute to minute.

This past year, I’ve been faced with some huge needs. Seemingly insurmountable circumstances. I need Him to provide a way through, a way to the other side of this. I have run the gambit on responses – I panicked, I cried, I prayed, I called all my prayer warrior people and asked them to pray. I went to work doing what I knew to do and what I could while waiting on God to show me any and everything He would. And you know what He showed me? To stop, be still a minute… and remember. As I listen to His leading, to His voice, He was reminding me of what He’s done before for me, for others, and that I can trust Him with my needs again. Because I had forgotten.

I’m not alone. Remember the Israelites I mentioned? As He was leading them out of slavery to the Egyptians, they found themselves trapped with a sea on one side and the pursuing armies behind them. And God showed up big. He parted the Red Sea for them to cross on dry land and wiped out the enemy army as they tried to follow them across. Yet after that amazing show of God’s provision and ability to save them, they were too frightened to go into the Promised Land so they had to go wander around for 40 years while they waited on that entire generation to pass away and a new generation to rise up – one that would follow Him. So when Joshua was placed in charge, the Lord led them right back to a body of water they had to cross and told them He would do it again. And He did. They walked across the Jordan River too. This time, God said to go back and get 12 stones to set up as a memorial so you won’t forget. So that when your children ask you, you can tell them what I did for you here. Because God knows we forget.

Deuteronomy 6:12 says “Then take care lest you forget the Lord, who brought you out of the land of Egypt, out of the house of slavery.”

Joshua 4:4-7 “So Joshua called together the twelve men he had appointed from the Israelites, one from each tribe, and said to them, “Go over before the ark of the Lord your God into the middle of the Jordan. Each of you is to take up a stone on his shoulder, according to the number of the tribes of the Israelites, to serve as a sign among you. In the future, when your children ask you, ‘What do these stones mean?’ Tell them that the flow of the Jordan was cut off before the ark of the covenant of the Lord. When it crossed the Jordan, the waters of the Jordan were cut off. These stones are to be a memorial to the people of Israel forever.”

So today, I got out my memorial stones. It’s an actual set of stone in a beautiful clear square container I keep on the bookshelf in the living room – a gift from a sweet friend given when we had just studied this section of scripture years ago. I was so excited as I began writing on my stones the things the Lord has done. And you know what. God was seriously on to something! It’s so faith-building to remember how He brought us through the impossible before. It’s so encouraging to remember that He is the One who holds the provision we need. So today, I’m remembering.

1 Corinthians 11:24-25 gives instructions for the taking of communion stating twice “do this in remembrance” of the Last Supper before Jesus Christ gave up His life on a cross for our sins.

There are some 240 instances of “remember” in the Bible. I think that signifies an important part of our walk with God. When we learn something new, when He reveals Himself to us as our Miracle Worker, Provider, Strength, Healer, Guide, Wisdom, Stronghold, etc., He obviously wants us to remember and walk in that truth. Not react in panic each time we find ourselves facing another body of water to cross. So, He said to them, as I think He says to us ‘set up stones of remembrance. Don’t forget.’ And if you have just come through a time when you needed a miracle and He came through for you, be sure to pick up a memorial stone so you won’t forget. Trust me. You will need to see them later and be so glad you did!